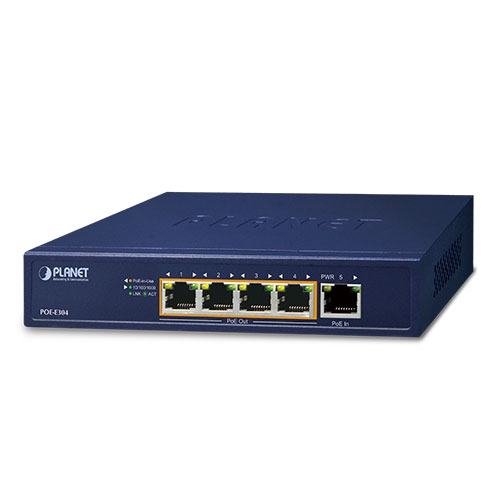 The POE-E304 is quite easy to be installed by simple Plug and Play. It is used between a power source equipment (PSE) and a powered device (PD). The POE-E304 injects power to the PD without affecting the data transmission performance. The POE-E304 offers a cost-effective and quick solution to doubling the standard range of PoE from 100 to 200 meters. The POE-304 is designed in a compact box containing five RJ45 ports, of which one "PoE IN" port functions as PoE (Data and Power) input and the other four "PoE OUT" ports function as PoE output. The "PoE OUT" port is also the power injector that transmits DC voltage over the Cat5/5e/6 cable and transfers data and power simultaneously between the PSE and PD. 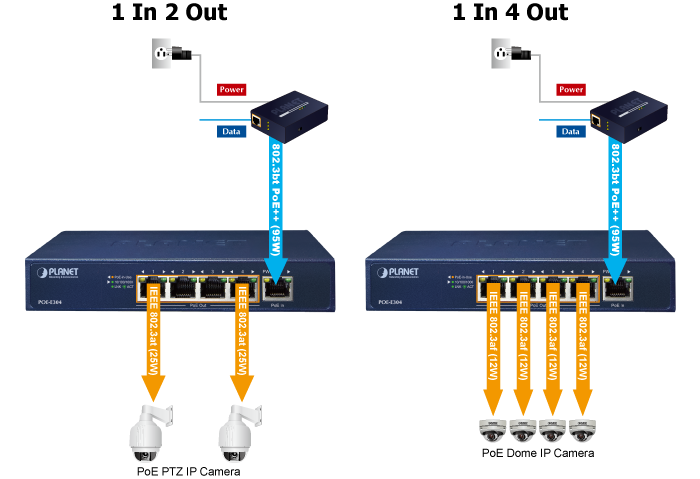 Is 100-meter cable long enough for a wide range of IP surveillance network deployments? The answer is certainly not.  To achieve the benefits of IP surveillance and the long-distance IP camera distribution, the POE-E304 is quite a useful Gigabit PoE extender if users have most of their network already set up, and hope to expand network communications and overcome cable distance limitations offering connections to devices in locations where traditional networking does not allow. 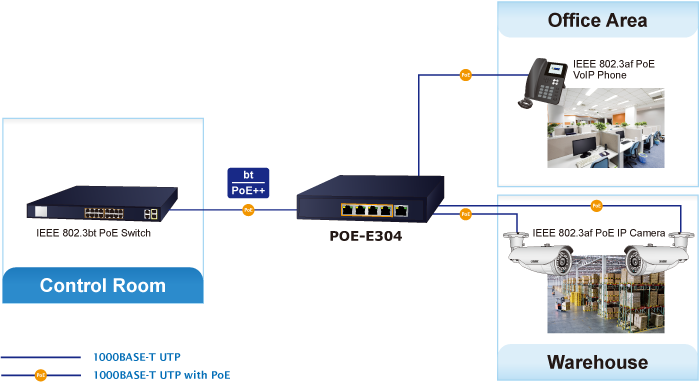