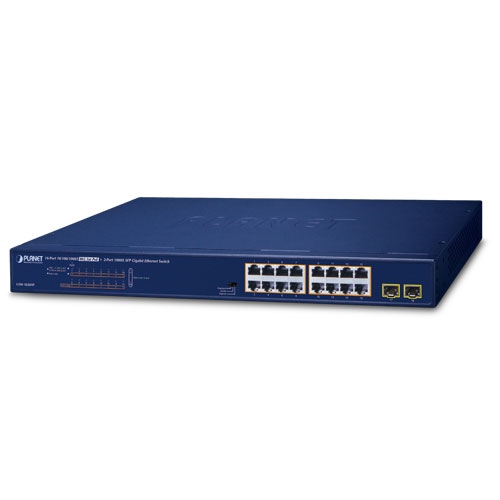 To facilitate 30W PoE power network applications with Gigabit speed transmission, PLANET GSW-1820HP is equipped with 16 10/100/1000BASE-T Gigabit Ethernet ports and 2 1000BASE-X SFP interfaces with the inner power system. With a total of 240 watts of PoE budget, it features high-performance Gigabit IEEE 802.3af PoE (up to 15.4W) and IEEE 802.3at PoE+ (up to 30W) capabilities on all ports. 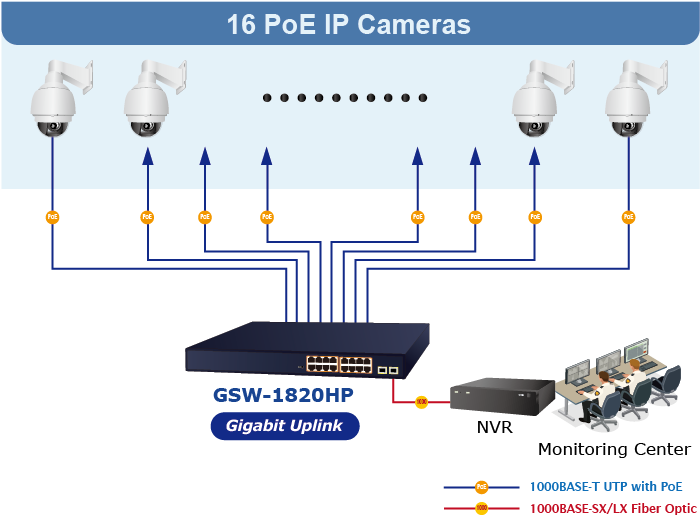 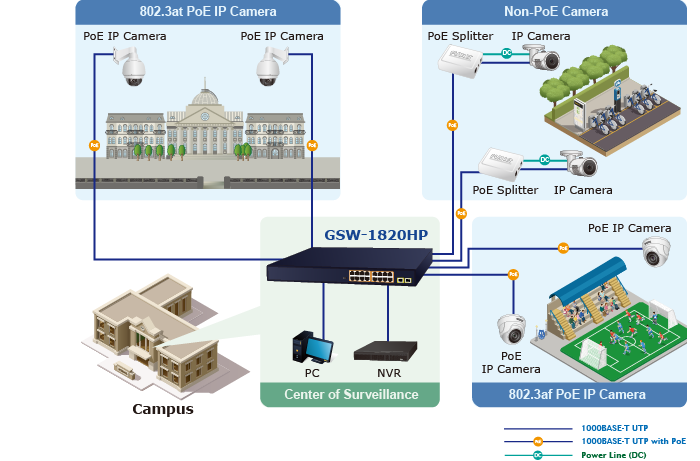